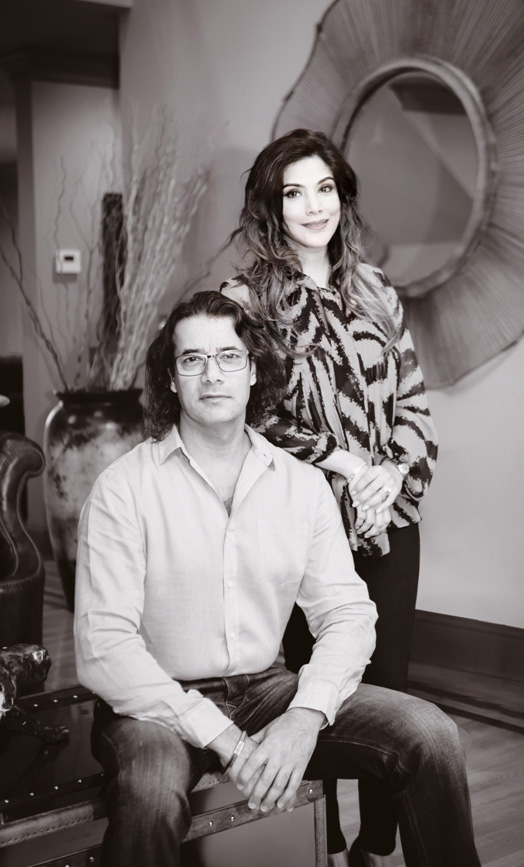 Creative Threads was founded in 2004 by Ravneet & Harveen who had a vision to bridge gap between the West and East and make available, rich Indian artistry, to customers in the US.

Married in 1999, migrated to California from India in 2000 and finally setting up camp in Atlanta in the year 2004, Ravneet & Harveen launched their first hand embroidered line and soon realized that they had hit the right chord. Their introductions were very well received and applauded for being original and unique. This encouraged the company to expand its offerings to in-stock drapes, bedding and pillows. Soon the company had high end retailers, fabric wholesalers, boutiques, interior designers & catalog companies seeking their products. This unexpected growth prompted the company to shift gears and set up the biggest and most modern computerized embroidery machine unit in North India. Having a capacity to embroider 25,000 yards/month and a workforce of over 300, the company built a strong foundation to service needs of all their customers.

Over the years, having the privilege to work with some of the most influential and smartest people in the textile industry has enriched the companies designing capabilities. Today Creative Threads uses that skill set to design over 500 designs every year to suit varied needs of thousands of customers the company has amassed. Company’s success and customer following can be measured by its in-stock and custom drapery, bedding and pillow programs which are like no other in the country by virtue of design aesthetic, quality and pricing.

Creative Threads is very humbled by loyalty, trust and appreciation its customers have showered on it and on its part, pledges to work hard to deliver more than is expected. As owners, Ravneet & Harveen would like to thank customers for their continued patronage and also their staff who play an integral role in the company.